A report by the Mother and Baby Homes Commission, which will be published this week, reveals that 9,000 children died in 18 institutions across Ireland between 1922 and 1988. These institutions were operated by the Catholic Church, under the stewardship of Catholic nuns in Ireland.

The Commission was established 2015, after the bodies of 800 babies were discovered to have been buried on the grounds of the Bon Secours Mother and Baby Home in Tuam, Co. Galway – a number of bodies were also found to be located in a septic tank on the site.

Originally scheduled to issue its final report by February 2018, the Commission was granted a series of extensions. In June 2020, a further four month extension was agreed due to impact of Covid-19 on the Commission’s activities.

The shocking number of infant deaths represents as many as 15 percent (1 in 7) of all children born in the homes contained within the report. The report also found that 56,000 mothers passed through the homes, and up to 57,000 children were born in these institutions. 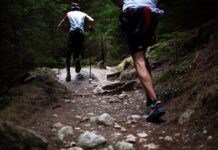 Gardaí Appeal For Witnesses Of Fatal Road Accident in Tipperary