The appeal by Tipperary farmer, Patrick Quirke, against his conviction for the murder of Bobby Ryan could be up to four days in duration.

Mr. Quirke’s representatives and the D.P.P. were at a short sitting of the Court of Appeal on Tuesday, in relation to the case progression. At today’s hearing, Mr. Justice George Birmingham, President of the Court of Appeal, explained that he hoped that this timeline could be shorter in duration, and adjourned the matter for mention next week.

After a lengthy 13-week trial, Mr. Quirke was convicted of the murder of Bobby Ryan, and was sentenced to life imprisonment.

Quirke’s legal representatives content that the prosecution had not been successful in proving their case, and referred to “inconsistencies” in evidence provided, as well as claiming some witnesses were unreliable.

The full appeal hearing is listed for a date in October 2020. 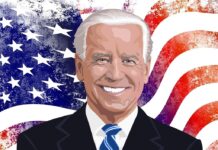 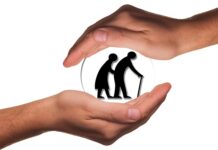 Tipperary Town Community Rally Together To Provide Meals On Wheels

Joe Biden To Be Inaugurated As 46th President Of The United...

Uncategorised 21st January 2021
We use cookies to personalise content, to provide social media features and to analyse our traffic. We also share information about your use of our site with our social media, advertising and analytics partners who may combine it with other information that you’ve provided to them or that they’ve collected from your use of their services.AcceptRejectRead more
You can revoke your cookie consent any time using the Revoke button.Revoke