Crowley (nee Wallis) Bid, Clontarf, Dublin and formerly of Ballyorgan, Kilfinane, Co. Limerick. September 13th. Private funeral will take place for family and close friends. The Funeral Mass can be seen on Thursday at 10am through www.stjohnsclontarf.ie/webcam/.

Sheehan (nee Farrell) Bridie, 64 Seaview, Sneem, Co. Kerry and formerly of Murroe, Co. Limerick. September 14th. Funeral will be private for family. Requiem Mass can be viewed live on the St. Michael’s Church, Sneem Facebook page on Thursday at 11am, followed by burial in the local cemetery.

Walsh Thomas, Kickham Street, Mullinahone, Thurles, Co. Tipperary. September 14th. Reposing at his residence with removal on Thursday at 11.45am for 12 noon Requiem Mass followed by burial in the adjoining cemetery.

Geoghegan (nee Clarke) Margaret, Clerihan, Co. Tipperary and formerly of Ennistymon, Co. Clare. September 15th. A private Requiem Mass will take place in the Church of the Sacred Heart, Templemore on Thursday at 12 noon. Interment in the adjoining cemetery afterwards.

Moriarty Timothy (Tim, Tadhg), Ballynaglearagh, Lattin, Co. Tipperary and formerly of Solohead. September 10th. Reposing at his home for family and close friends on Thursday evening from 6pm until 8pm. Requiem Mass will take place in the Church of the Assumption, Lattin Friday morning at 11.30am followed by burial in St. Michael’s Cemetery, Tipperary Town. 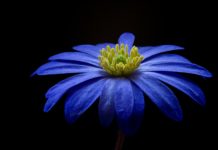