Transport Infrastructure Ireland (TII) is very much aware of the need for Tipperary town to have its own bypass.

That was according to Cllr Michael Fitzgerald this morning after he met with the roads authority yesterday.

Cllr Fitzgerald was told that Tipperary town is in the top three of 22 towns that have been identified in the National Development Plan as needing a bypass. That need was highlighted when TII earlier this year made the funding available for technical advisors to study the design and planning aspects of such a project. Those advisors were appointed by the council in October. A project of this nature could take until 2027 to come to fruition.

In the meantime, TII said that it would also work with the county council in identifying and examining any possible interim measures that could help to improve traffic flow in the town. This could include consideration of a ring road.

However, TII also warned that should any interim traffic alleviation measures be implemented, it could mean that the bypass could fall from the list of priorities. 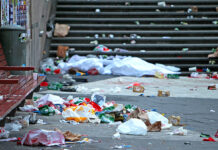 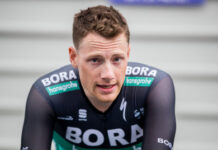 Tipperary Cycling Hero Is Finalist for Sportsperson Of The Year

Tipperary Cycling Hero Is Finalist for Sportsperson Of The Year

Uncategorised 25th January 2021
We use cookies to personalise content, to provide social media features and to analyse our traffic. We also share information about your use of our site with our social media, advertising and analytics partners who may combine it with other information that you’ve provided to them or that they’ve collected from your use of their services.AcceptRejectRead more
You can revoke your cookie consent any time using the Revoke button.Revoke