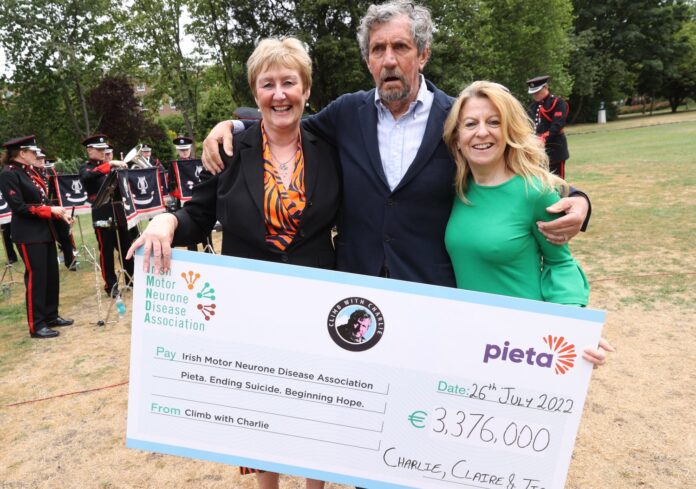 Funds raised by the Climb With Charlie event were presented to two charities yesterday. Former RTE Journalist Charlie Bird had led a climb of Croagh Patrick on April 2nd and also produced a book of photographs from related events from around Ireland and the world.

Over 3.3 million euros was raised and the funds are shared equally with Pieta House and the Irish Motor Neurone Disease Association.

Mr Bird was diagnosed with MND last October and has been praised for his courageous response since then. The former RTE reporter had difficulty with his speech leading to tests that delivered the diagnosis. Mr Bird has thanked the public for their generous support and the friendship extended to him and his family. He now uses technology that enables his previous recordings in RTE to be used to create voice messages to communicate.