14 people have been arrested during a garda operation across counties Tipperary, Limerick and Clare.

Operation Coronation was established to target organised criminality in Limerick city and its environs. This operation targets organised extended criminality, drug trafficking and the financial returns achieved from this type of activity through money laundering.

170 members of the Gardaí from the three divisions and members of the defense forces were involved in today’s operation which began at 6am and consisted of 67 raids across the region.

Those searches were carried out at domestic dwellings, businesses and on lands.

Deeds to a property in Dubai were seized, along with one car valued at around €50,000, €100,000 worth of jewellery and luxury watches, and ‘high-value clothing items’.

‘significant evidence to support the investigation’

Gardaí also discovered what is termed as ‘significant evidence to support the investigation’, which includes financial accounts and property documentation.

€23,500 of suspected drugs and two cocaine presses were seized, while two bank accounts have been frozen containing sums in excess of €119,000.

13 men and one woman aged between their 20s and 60s were arrested. Three were arrested for suspected money laundering offences and one person was arrested under the Misuse of Drugs Act in respect of €2,000 of suspected crack cocaine and heroin seized during one search.

One person was arrested and detained under Section 2 of the Criminal Justice (Drug Trafficking) Act in respect of suspected cannabis herb that was seized and valued at around €2,000.

Six people have been charged with offences under Section 15 of the Misuse of Drugs Act, while three were arrested on penal/bench warrants. 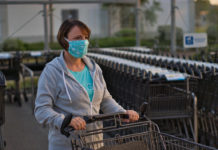 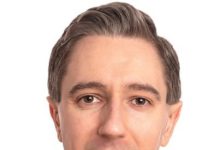 Harris deals with Tipp questions on health this week