A Stroke Awareness Event that has taken place in Clonmel today, was asked whether it is acceptable that sufficient services for those who have suffered a stroke are not widely available in Co Tipperary.

Martin Quinn pointed out that South Tipperary General Hospital does not have its own dedicated stroke nurse, while the south of the county also lacks a fully funded and supported stroke support group. He has also referred to deficits in acute rehabilitation units in the county.

All of these are matters that were raised at a public meeting at the Clonmel Park Hotel, which started this morning and comes to an end this lunchtime.

It was organised by the South Tipperary Stroke Communication Group in association with the Irish Heart Foundation and was attended by the Minister of State for Local Government and Electoral Reform, John Paul Phelan. 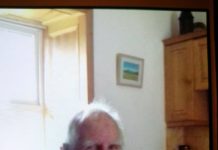 Obituaries 20th January 2020
We use cookies to personalise content, to provide social media features and to analyse our traffic. We also share information about your use of our site with our social media, advertising and analytics partners who may combine it with other information that you’ve provided to them or that they’ve collected from your use of their services.AcceptRejectRead more
Revoke