Mary McAleese, former president of Ireland, and her husband Senator Martin McAleese have been announced as the joint recipients of the 2011 Tipperary International Peace Award.

The award was in recognition of the work that they both carried out in promoting peace and reconciliation.  A spokesman for the Tipperary Peace Convention said:

“The theme of Mary McAleese’s presidency was Building Bridges and for many people, the highlight of her two terms as President was the visit of Queen Elizabeth to Ireland in May 2011, which undoubtedly was the culmination of President McAleese’s long and dedicated work for reconciliation,”

“Along with her work for reconciliation she also used her time in office to address issues concerning justice, social equality, social inclusion and anti-sectarianism and her presidency has been a healing one for which this and future generations will be eternally grateful.”

The award will be presented in Tipperary at a yet to be announced date. 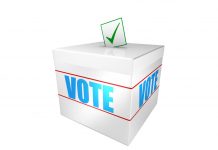