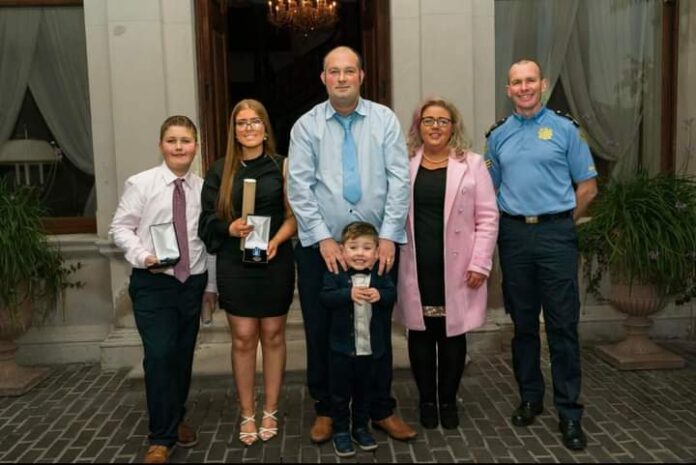 Two siblings from County Tipperary are being recognised for their bravery.

Katie Butler Haughney and Michael Bourke both received the Bronze National Bravery Award for saving their little brother Daniel who fell into a snow covered hole filled with water.

The brother and sister were nominated by Sergeant John McCormack Thurles Garda Station.

While on duty, Garda Kieran Donovan responded to a report of a man in distress, standing on the outer rail of a flyover bridge.

Garda Donovan climbed out onto the bridge rail to speak with the man, who eventually agreed to return in off the ledge.