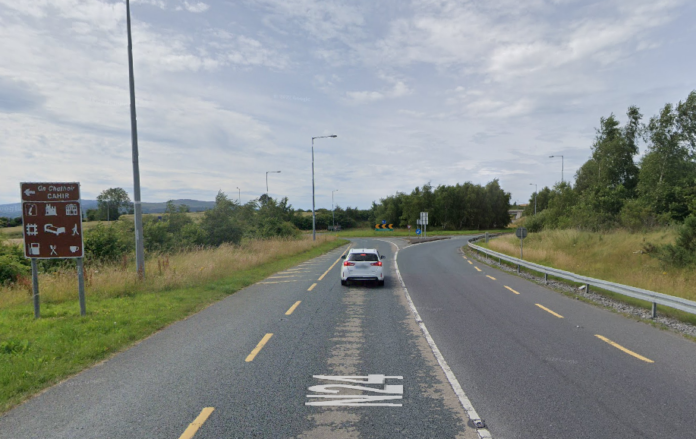 Cllr Andy Moloney has renewed his call for Transport Infrastructure Ireland to improve the road surface at Knockagh, near Cahir, and wants particular emphasis on the Clonmel side of the Knockagh Roundabout.

This follows weekly repairs to the safety barriers where cars are skidding into barriers after leaving the roundabout. The local councillor has previously met with TII to have the present non skid surface replaced. Cllr Moloney says the accident rate at the roundabout needs more focus and has asked for a breakdown on the amount of times the barriers have been replaced. There was another crash this week which saw a BMW car badly damaged.

The councillor says that either more warning signage on approach to the roundabout where traffic is coming off a 100km stretch or the surface need more regular degreasing of the surface is required.

The matter will be discussed at this year’s meeting with TII  later in the month as part of the annual discussions with the five Tipperary Municipal District Chairs on their top 3 priority  road issues in their respective Municipal Districts.