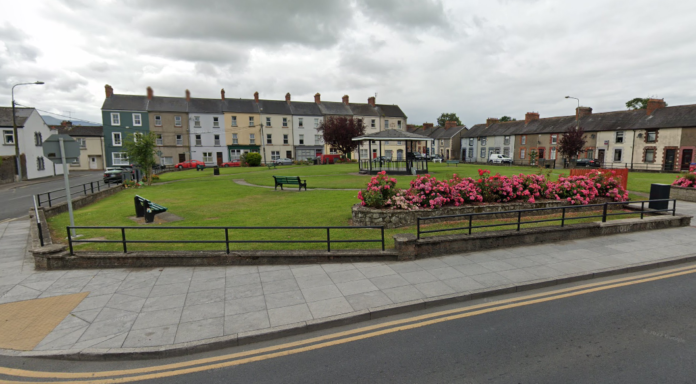 Architects Drake Hourigan from Limerick presented a vision for possible enhancements to The Plan area of Tipperary town at a meeting held in the Excel Centre last night.

A water feature could also be included. The proposal includes  changes to the layout of the space with one quadrant – the one closest to the Amber shop being converted into an area covered in paving.

The architects also proposed closing the roadway at this junction to traffic to make access to the park space easier for pedestrians.

No analysis of the impact of such a change to traffic flows in the area has been completed.

In addition the proposal would include a change to the layout of the side of the park adjacent to the N24 to create mounds of planting and use mature trees, cropped underneath, to buffer the sound from the traffic.

The Presentation will be shared on the Tipp Town Revitalisation website later today – a feedback form will be available and a second presentation is expected to be delivered in two months times.

The final design will have to be approved via a Part 8 Planning application in due course and funding to deliver the project will also have to be secured.

Residents pleaded for a water connection to make maintenance of the park easier as an immediate action point from Tipperary County Council.