Moriarty, Timothy (Tom/Tadhg). Ballynaglearagh, Lattin, Co. Tipperary & formerly of Solohead. 10th Sept. Reposing at his home for family & close friends on Thurs 17th from 6 p.m. to 8 p.m. Requiem Mass on Fri 18th at the Church of the Assumption, Lattin at 11.30 a.m. with burial after in St. Michael’s Cemetery, Tipperary Town. 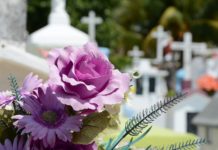