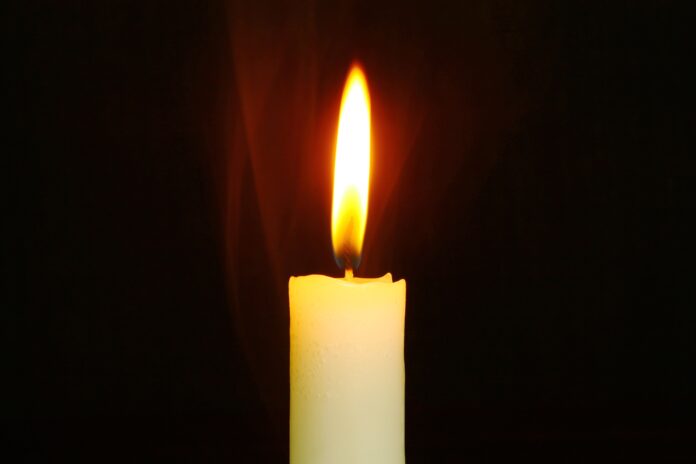 A number of a silent candle lit vigil in memory of an Offaly woman, who was murdered this week while out for a run will take place across Co. Tipperary today (14th January).

23 year old Ashling Murphy had been jogging along a stretch of the Grand Canal in Tullamore when the attack occurred Wednesday afternoon.

Separately the investigation into the murder of Ashling Murphy saw a major development last night.

The male who was arrested and detained by Garda on Wednesday has now been released from detention. T

his male has been eliminated from Garda enquiries and is no longer a suspect.

It is understood he was known to Garda, had recently been before the courts on charges of assaulting a woman and was out on bail.

However following two periods of extensive questioning Garda are satisfied he was not involved in the murder.

The Post mortem examination has been concluded and Garda are not releasing any details for operational reasons.

An Garda Síochána continue to appeal for any information on a Falcon Storm mountain bike with straight handlebars and distinctive yellow/ green front forks.

Gardai are appealing for any person with any information on this fatal assault, who may not already have spoken to investigators, to come forward with that information.

An Taoiseach Micheal Martin has issued a statement on the murder of Ms Murphy and said the entire country is devastated and shocked by the violent and barbaric killing of a young woman in the prime of her life.

Mr Martin says our thoughts and prayers are with her parents, family, friends, club, and community in Tullamore, and we are conscious of the enormous trauma being experienced by the children she taught at Durrow National School.

He urged anyone with information to bring it to the attention of the Garda saying there is no place in our society for violence, particularly violence against women. It cannot and will not be tolerated.

Full details of the six vigils taking place around the Premier County (below):

Cahir at the Castle Car Park at 6pm,

Cashel at the Plaza at 4pm

Clonmel at the Main Guard at 6pm

People are being asked to bring a candle, wear a facemask and keep a social distance

INMO Calls For Non-Emergency Activity To Be Curtailed

Tipp Town Gardaí Appeal For Witnesses To A Fatal Collision