Locals and members of Ballykisteen Golf Club, just outside Tipperary Town, have expressed their bitter disappointment over the selling of the Golf Course at the site of The Great National Ballykisteen Hotel & Golf Resort, near Limerick Junction.

According to a Press Release by local activist, Jill Pierse, “locals were informed that the land would be sold and converted to farmland”. The article went on to say that”potential buyers who wanted to keep the land as a golf course, were not entertained and that converting the land was prioritised. Furthermore, “…over 30 jobs are expected to be lost and affected by the sale” with the press release stating that “all these jobs can be saved by the [Great National] hotel group selling to another buyer who plans to not convert the land”.

The statement also claims that local politicians have launched a petition in aid of saving the beloved local sports grounds.

“…We aren’t asking for them to not sell, but to sell to the right buyer, to save businesses, a vital community amenity, and the future of the hotel itself.”

Local sportsman, and retired Irish Rugby player, Alan Quinlan, has been named as a spokesperson for the objecting parties. Mr. Quinlan says that he has major concerns for the decision to change the land usage from a golf course to farming land: “In the wake of COVID, the loss of so many jobs and businesses to the locality could cripple the local Tipperary community for many years. We aren’t asking for them to not sell, but to sell to the right buyer, to save businesses, a vital community amenity, and the future of the hotel itself”. 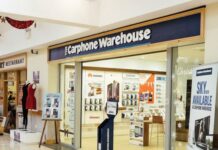 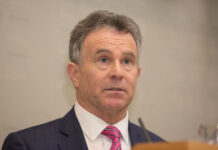