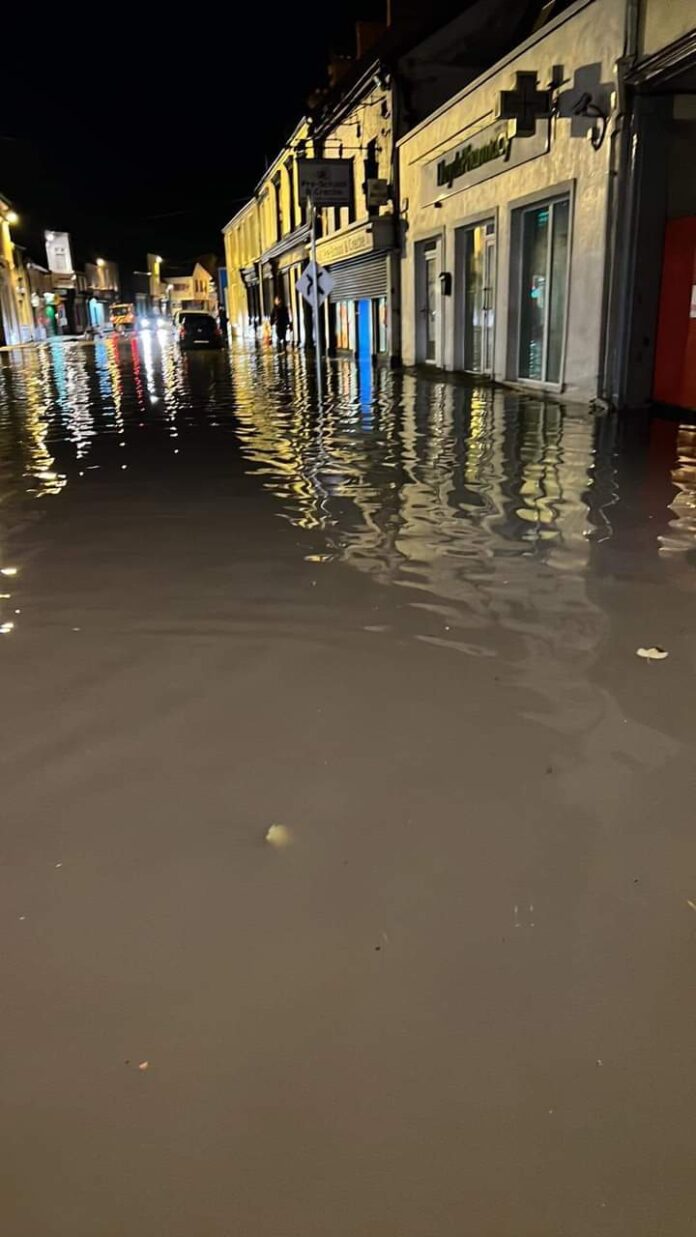 An independent councillor is blaming Irish Water for the major flooding incident in Thurles.

Jim Ryan believes the utility company has failed the residents and businesses in Friar Street.

Several incidents of severe flooding were reported in the town last night as the drainage system was unable to cope with the intense rain – emergency services and members of the public used their vehicles to block off streets.

Roads from Holycross were impassable.

In some incidents residents have shared footage of flooding in their property or were seen to be working to relieve blocked shores.

The flooding on Friar Street is a repeat of flooding that has occurred several times previously due to a mismatch in piping to remove waste water.

Properties on the streets are inundated with very dirty water from the system when flooding occurs.

It is understood that a larger pipe feeds into a smaller pipe on Croke street – this becomes overwhelmed and the water then backs up onto the street.

Vehicles moving on the street can cause an additional wash back into the properties on both sides of the street.

The rainfall yesterday was intense and is likely the result of Climate Change.

Several incidents of gullies blocked with leaves, grit and in some cases material left following repairs by Irish water have been documented by local man George Willoughby.

Tipperary County Council engineers have confirmed that some of these locations have been passed to Irish Water for repair.

Upgrades to the waste system has been discussed several times between Irish Water and Tipperary County Council.

Thurles Municipal District Council meets today and the issue is likely to be discussed again.

Mr Ryan says “despite our best attempts to get them (Irish Water) to sort Friar Street out they are completely ignoring us.”

The town based councillor says it’s just not good enough and will be raising this issue again in the morning.