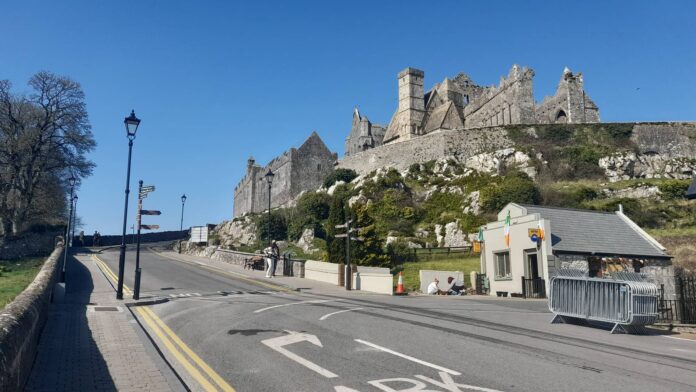 The Rock of Cashel have been nominated for an Irish Hospitality Awards.

The castle in the heritage town is competing in the Family Venue of the Year category.

The Office of Public Work managed site is up against the Phoenix Park, Fota Wildlife Park, the English Market along with six other venues.

Meanwhile Semple Stadium in Thurles is nominated in the Sports Venue of the Year.

The Glen of Aherlow Caravan & Camping Park is in the running for Best Caravan Site award.

While the Old Bank B&B (Bruff) has been given the nod for Bed & Breakfast of the Year Award.

The Irish Hospitality Awards 2022 are organised and hosted by Creative Oceanic but voted for by the Irish public.

The black-tie event will be held this year at The Crowne Plaza Hotel, Dublin Airport on Tuesday. (18th Oct).

The Rock of Cashel is also the most visited OPW venue so far this year. Elaine Moriarty Site manager spoke on the Current Affairs Show about the summer success. Take a listen below. (Timestamp 11m 15s)