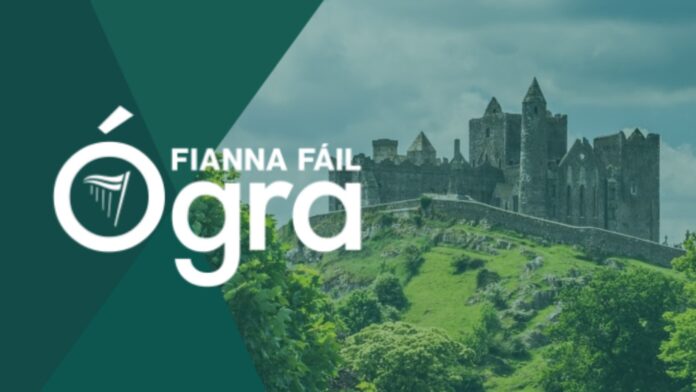 Cashel Ógra Fianna Fáil is rejecting the case others make that the party is dealing with an identity crisis.

It follows a recent poll suggesting that Sinn Fein is 20 point ahead of the government party.

Chair of the group Paudie Taylor says without Fianna Fail Irish politics would be deeply polarising, like what’s been experienced in the UK and US.

Mr Taylor says that the polling data doesn’t fazes the party and that polls have been wrong in the past.

The local chairperson admits connecting with younger voters is a challenge but that latest Budget announcement showcases their commitment to supporting that age group.

It follows the party’s launch of a major new document setting out their new aims and objectives.

Fianna Fáil TD for Kildare North and Honorary Secretary of the Party, James Lawless drafted the document and says it renews the party’s commitment to a better Ireland for all our people.

He describes the party as a constitutional republican party that is pro-enterprise and that has its roots in every community in Ireland.

Fianna Fáil believes in equality of opportunity and value aspiration and also believes in the power and obligation of the State to support its people according to Deputy Lawless.

Meanwhile on Irish Unity Mr Taylor believes Sinn Fein is one of the biggest obstacles facing unity on the island adding that the party strongly believes all cultural’s needs to be protected.

Paudie says Michéal Martin has been a exceptional Taoiseach and believes he will lead them into the next election.