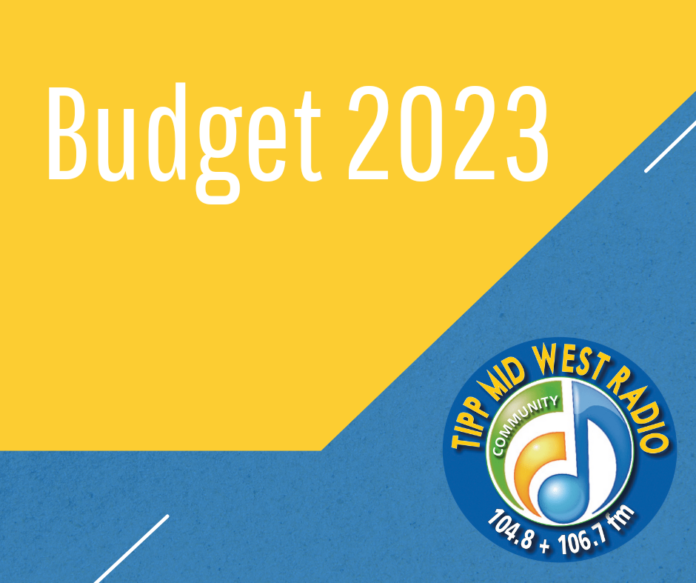 Full details of all the provisions are available   here

Details of the 2023 Budget were delivered in the Dail today.

The provisions that were revealed yesterday have been confirmed as regards supports to households and those on state payments.

The key measures are :

Many groups and organisations have been responding to the Budget 2023 announcement:

Today’s Budget announcement will do little to address the chronic underfunding of second-level schools and large class sizes, according to ASTI President Miriam Duggan.

“Ireland is ranked in last place out of 36 OECD countries for investment in second-level education as a percentage of GDP*. Despite this underfunding, Budget 2023 fails to address core funding for schools and does nothing to reduce our large class sizes,” said Ms Duggan.

NCBI describes the budget as a missed opportunity as the government have delivered only short-term or one-off measures to ease the costs of living crisis on people who are blind or vision impaired. A one-off payment of €500 to people on Disability Allowance or Blind Pension was announced. The government also failed to remove VAT on technology devices to make them more affordable or changing the Free Travel Scheme criteria to make more people eligible.

Petrol and diesel prices will not increase as the government have reduced the NORA levy to zero to counteract an increase in carbon taxes due in October. In addition the reduction  of excise duty on petrol of 21 cents and diesel 16 cents that was introduced earlier this year will be continued  until the 28th of February 2023.

A €600 energy credit has been announced for households which will be delivered in three instalments. Funding for 37,000 retrofit projects will be undertaken through this year’s budget mainly funded by carbon tax revenue. The government has committed to retrofitting 500,000 homes to B2 standard and to install 400,000 heat pumps by 2030.

Every school in the country will be provided with free solar photovoltaic (PV) panels  and new planning exemptions  are also expected within days to finally remove red tape and barriers to installing solar panels on schools, farms, homes and public buildings. There are 3,277 primary schools and 548 secondary schools in the country, all of which will be eligible for funding.

The Vintners’ Federation of Ireland (VFI) has welcomed the introduction of a Business Energy Support Scheme, stating that the survival of many pubs is conditional on the successful and timely implementation of the scheme given that the trade remains depressed as costs continue to increase while consumers’ disposable income shrinks. The VFI is concerned that the scheme may be needed for at least two years and the Minister has only guaranteed it for the winter months. The VFI describes the decision to increase VAT on March 1st for the hospitality sector from 9% to 13.5% as a devastating  blow to publicans serving food.

The Federation is also disappointed that no reductions to the alcohol excise rate – the second highest in Europe were delivered in the budget but has welcomed the reduction in the excise fee for Special Exemption Orders (late night licences) from €410 to €205.

Budget 2023 has not delivered for older people on lowest incomes into 2023, says ALONE, the organisation that enables older people to age at home.  The Budget 2023 included announcements of a €12 increase in the State Pension, an expansion of criteria for the Fuel Allowance, one-off payments for those on the Fuel Allowance and Living Alone Allowance, and the €600 electricity credits for all households.

The national housing charity Threshold has stated that tax reliefs for tenants announced in today’s Budget are “disheartening”.  Tax relief in the form of a €500 tax credit this year and next year was among the measures announced for tenants alongside the introduction of a Vacant Property Tax and the extension of the Help to Buy Scheme to 2024. However, Threshold has stated that the €500 tax credit will only amount to 2.06% of the yearly average rent in Dublin and just 2.89% of the yearly average rent nationally.  As this tax credit will not apply to households already availing of housing supports, Threshold wants an increase in the HAP basic rates that is subject to an annual review to ensure a proportion of rental properties are available for those reliant on HAP.

Sherry FitzGerald broadly welcome the wide-ranging cost of living measures and the extension of the Help-to-Buy scheme to the end of 2024 which it says is crucial in supporting housing supply and supporting first-time buyers to acquire a home. The property agency is  critical of  a lack of measures to increase the supply of rental properties  with no changes in the tax treatment of landlords. Sherry Fitzgerald says a new vacant property tax to be charged at three times the current rate of LPT due on a property will not return housing stock back to the market. The estate company are also critical of the 10% levy on concrete blocks and other concrete products aimed at raising €80 million to assist in financing the MICA redress scheme saying it is counterintuitive in the current housing crisis.

The current free contraception scheme for women aged 17 to 25 will be expanded for women from 16 up to 30 years of age from 1st September 2023.

Small Benefit exemption has been doubled – this means that employers can give up to €1,000 in vouchers or gifts to employees each year tax free.

Transport changes will see lower public transport fares continued next year and the expansion of the Young Adult Card  to 16, 17 and 18 year old’s in third level education, so that they can also avail of half-price public transport fares. While the 20% reduction on all fares will run to the end of 2023 the 50% reduction for 19-23 year olds is permanent and the yearly savings for young people could be significant.

Retail Ireland, the Ibec group that represents the Irish retail sector, today welcomed measures in Budget 2023 to offset spiralling energy costs and bolster household finances as retailers enter the crucial Christmas trading period. Crime and anti-social behaviour remain a major challenge in town and city centres according to Ibec so funding for an extra 1,000 Gardai and 430 civilian staff to release Gardai from administrative duties has also been welcomed by Retail Ireland.

The budget for childcare has been increased to over €1bn which will see an average 25% cut to childcare fees. The cuts to childcare fees will be introduced through the National Childcare Scheme. Currently, parents receive 50c off every hour of childcare. This will now increase to €1.40. The exact amount of savings to families will depend on a range of factors, including hours used and location. The change will come into effect in January 2023. Forsa Trade union says the plan is not ambitious enough and wants a transformative solution, such as a fully publicly funded universal system.

Five agricultural tax reliefs that were expiring this year are to be continued. They are the Young Trained Farmer and Farm Consolidation Stamp Duty Reliefs, the Farm Restructuring CGT (capital gains tax) relief, and the Young Trained Farmer and Registered Farm Partnership Stock Reliefs.  There will also be a ‘time-limited’ scheme of accelerated capital allowances for farmers for the construction of modern slurry storage facilities to assist the sector to adopt environmentally positive farming practices.

And the final response is from  Tanya Ward, the  Chief Executive of the Children’s Rights Alliance (CRA)  says  the budget  has gone further than any previous budget when it comes to the cost of education with the inclusion of the long-awaited free school books for primary school children. However, it fails to deliver enough effective targeted measures to help the most disadvantaged children and young people.   The 25% reduction in childcare costs has also been welcomed as it will alleviate some pressure from families across the country.  CRA says to retain qualified staff that ensure high quality service for children, they must be paid accordingly and the details of the scheme are yet to be released.

CRA has welcomed an increase in the Working Family Payment threshold by €40 a week and a once-off payment of  €500 which will reach more families on low incomes. The Qualified Child Increase,  a  welfare payment for children available for parents who are on social welfare has been increased by €2 which is not enough to prevent  poverty according to CRA. The weekly payment will now be  €42 for children under 12 and €50 for those over 12. The CRA is critical of the treatment of children and young people living in direct provision in today’s budget – and points out that these families already receive the lowest social welfare payments in the State and do not qualify for the QCI.