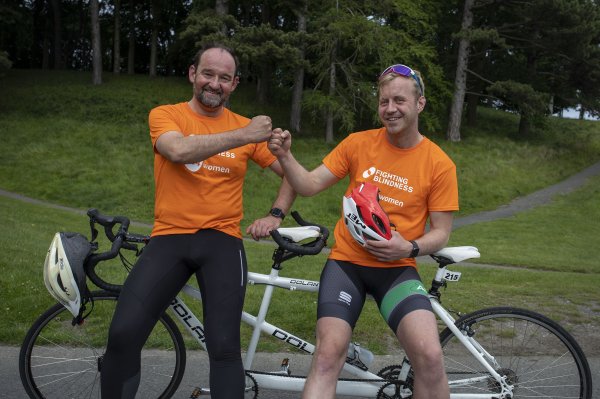 A fundraising cycle between Paris and Nice has raised over €12,000 for the Fighting Blindness Charity.

The cycle was to be a tandem team featuring Gary McClarty, Managing Director at its4women insurance company and Tipperary’s Paralympian Peter Ryan – Mr Ryan had to withdraw from the trip after he fell during training and damaged ligaments in his wrist.

Mr McClarty continued with the trip on a solo basis.

The goal has been to raise €10,000 for Fighting Blindness research that will offer prevention, treatments and cures for a spectrum of retinal degenerative diseases.

Donations can be made on the iDonate platform here until October 15th.