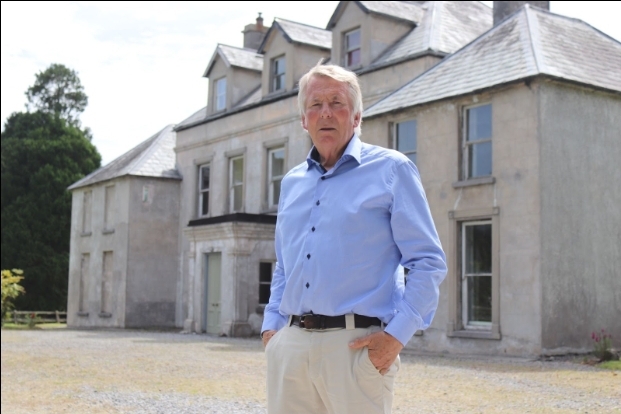 A local woman is to be celebrated at a two day event planned by the Atlantic TU on August 11th and 12th.

Aleen Cust was born in Cordangan Manor in 1868 and in 1922 was admitted to training as a veterinarian.

Despite winning a gold medal for zoology she was not denied permission to sit the final examination and consequently was not admitted as a member of Royal College of Veterinary Surgeons.

Ms Cust was the first woman to work as a veterinary surgeon in Ireland and Britain in the early 1900s and worked as the Veterinary Inspector in Mountbellew district for Galway Co Council from 1905 – 1915.

The two-day event is organised by Galway, Roscommon and Tipperary County Council Heritage Officers and the local Aleen Cust Memorial Society supported by Atlantic TU.
Aleen Cust was a trail blazer – she drove her own car to France in 1915 to help colleagues treat wounded horses during the Great War 1914-1918.

After the Rising in Ireland, the atmosphere changed with nationalism supporting very rigid ideas of one’s place, gender, and race and in 1924 (aged 56), Aleen sold her property and moved to southern England to an area of the New Forest near Southampton.

She continued her interest in veterinary, travelling widely talking to schools and visiting abattoirs on behalf of the Royal Society for the Protection of Cruelty to Animals (RSPCA).

She died while on a visit to Jamaica in 1937 and rested there, unrecorded, until a Mountbellew veterinarian Brendan Gardiner, a member of the Aleen Cust Memorial Society, located the grave last December with the assistance of Brian Denning, the Irish Consul in Kingston.

The conference is designed to shed light on the life of one of Ireland’s unsung heroes and ensure that her work, sacrifices and her determination are known by those who live in the Ireland of 2022.

The idea for the Aleen Cust Centenary Conference was first mooted by local Galway vets Ascinta Kilroy, Donal Connolly and Brendan Gardiner who said: “Aleen Cust has been forgotten. Her legacy needed to be remembered and her name kept in perpetuity.

Her resting place was unrecorded and only discovered in December 2021.”

Talks on the second day of the Centenary Conference, Friday 12 August, are open to the public. To book your place, please email https://aleencust.clr.events/event/132453#