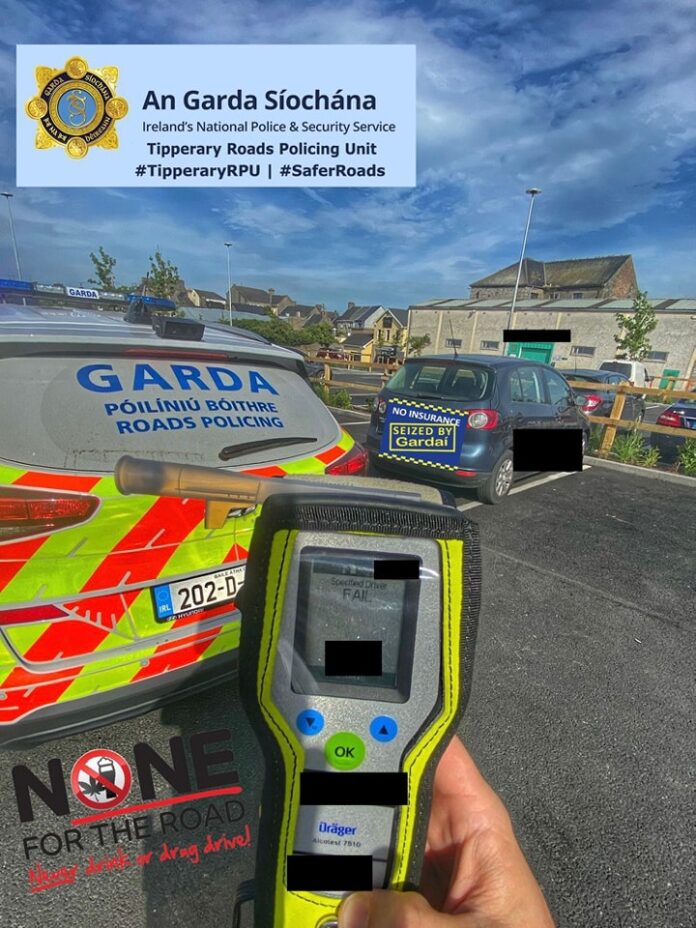 A motorist arrested in Nenagh looks likely to face charges for a number of offences.

Garda from the Tipperary Roads Policing Unit stopped a car in Nenagh as the motorist was not wearing a seat belt.

As Garda investigated using the mobility app it was established that the driver did not have a driving licence, insurance or road tax.

The vehicle did not have a current National Car Test Certificate.

The driver failed a roadside breath test and was arrested on suspicion of drunk driving and the car was seized.

It was later confirmed that the driver was almost 9 times over the legal limit for alcohol.