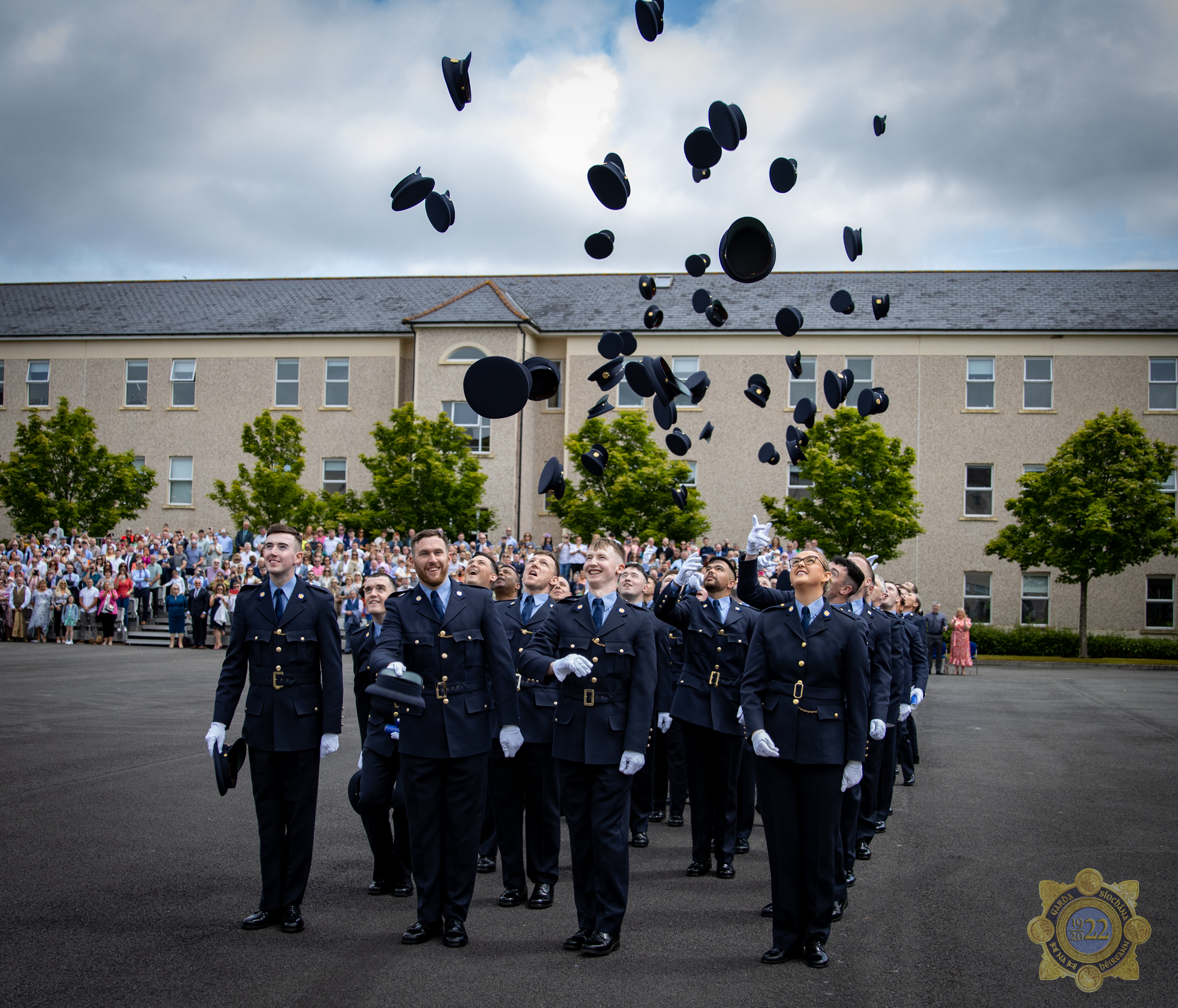 Garda Commissioner Drew Harris and the Justice Minister Helen Mcentee have attended a ceremony in the Garda Training college in Templemore as 53 new Garda were attested.

13 of the new garda are female and 8 were born outside the state from England, Iraq, Poland, Russia, Mauritius, Kazakstan.

The latest graduates mean that the police force now stands at 14,352.

In addition there are 386 members in the Garda reserve and 3,334 civilian staff working in the Irish police force.

There are currently 26 recruits in training and a new group of recruits will start training by the end of September.

These 53 newly sworn members of An Garda Síochána commenced their Garda training in November 2021, having originally applied in the 2018 recruitment campaign.

They have undertaken a blend of on-line learning, on-site learning in the Garda College, and experiential learning in training Garda stations.

These 53 newly sworn Gardaí will now take on operational responsibilities.

7 of the Garda have been allocated to the Southern division which includes county Tipperary.