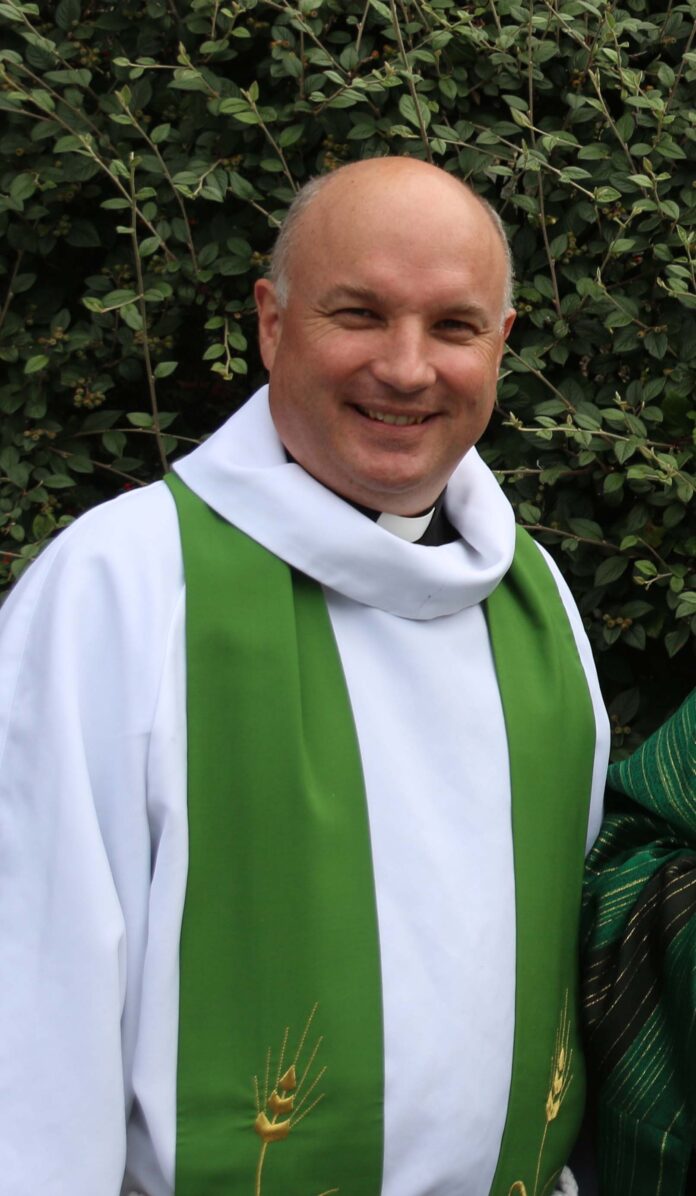 A new Bishop has been elected for Cashel, Ferns and Ossory.

Ven Adrian Wilkinson, now former Archdeacon of Cork, Cloyne and Ross will take on the role

He succeeds the Rt Revd Michael Burrows, who was translated as Bishop of Tuam, Limerick and Killaloe on 14th April 2022, following his election to that role in January of this year.

The Most Revd Dr Michael Jackson, Archbishop of Dublin and Primate of Ireland, who chaired the Electoral College, says: ‘I am delighted that Archdeacon Wilkinson has been elected Bishop of Cashel, Ferns and Ossory.

The Most Revd says ahead lies a most fruitful time for the bishop to get to know the clergy and people of the diocese and to establish him in the wider community of Kilkenny, Waterford and the South East.

The Bishop-elect said: ‘I am humbled and honoured to have been elected Bishop of Cashel, Ferns and Ossory.

While I will be sorry to leave Cork, a place where I have served very happily for over twenty years, I look forward to this new chapter in ministry.

My childhood years were spent in Cashel, Ferns and Ossory and I look forward to working with the clergy and people there in the years ahead, as we proclaim our faith in word and action.’

Following confirmation of the election by the House of Bishops, the Bishop-elect will be consecrated as a bishop on a date to be determined.

The Venerable Adrian Wilkinson (aged 53) was born in 1968 and ordained in 1994.  He initially served as Curate in Douglas Union with Frankfield, in the Diocese of Cork, Cloyne and Ross (1994-1997), and then as Rector of Dunboyne Union, in the Dioceses of Meath and Kildare (1997-2002), during which time he was also Chaplain at the National University of Ireland, Maynooth, and a Minor Canon in the Chapter of St Patrick’s Cathedral, Dublin.  He was also Rector of Rathmolyon with Castlerickard, Rathcore and Agher, in the same diocese (2001-2002), before returning to Douglas Union as Rector in 2002 and serving in that role since then.

He has been Archdeacon of Cork, Cloyne and Ross since 2014.  Archdeacon Wilkinson is a member of the General Synod and its Standing Committee, the Representative Church Body and its Executive Committee, the General Synod Board of Education (Republic of Ireland), and the Priorities Fund Committee.  He has also served on the Governing Council of the Church of Ireland Theological Institute.

Archdeacon Wilkinson is married to Jacqui, who is lecturer in teacher education at the Church of Ireland Centre at Dublin City University, and they have three grown-up children – two sons and a daughter.

He graduated in geography and sociology from Trinity College Dublin before training for ordination, and his interests in his free time are walking, travel and reading.