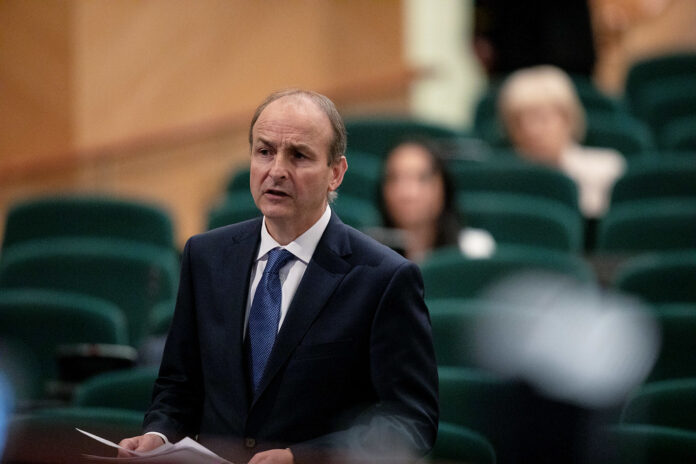 The Taoiseach and the Minister for Foreign Affairs have both expressed concerns over plans by the UK government to introduce legislation that unilaterally changes the NI Protocol.

The Agreement was made between the UK and the EU as part of the Brexit Withdrawal Agreement.

The DUP has made changes to the agreement a key demand before agreeing to a return of the power sharing executive in Northern Ireland.

Mr Martin called on the UK government to think of the people of Northern Ireland and not to do anything which undermines the economic wellbeing of the community.

Instead he called on the UK government to engage with the EU negotiation team to work out a solution.

Mr Coveney expressed concerns that a hard line might be taken on the Protocol by Boris Johnson as part of his bid to retain the leadership of the Conservative Party.