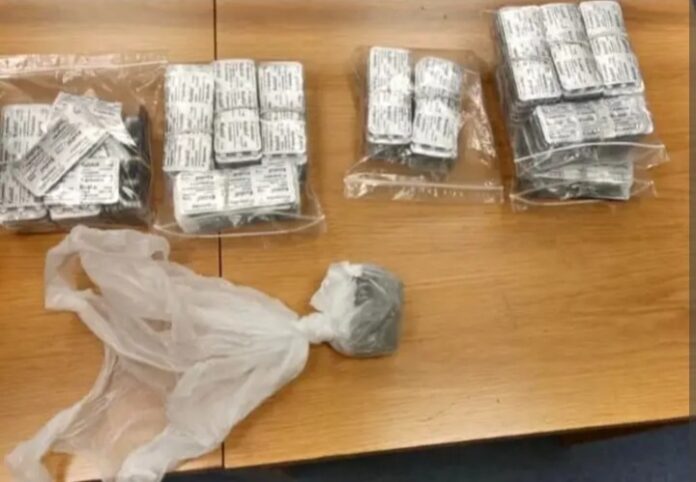 Gardaí have arrested a man following the discovery of 11,000 euro worth of drugs in Tipperary Town.

5000 tablets with estimated street value of 10,300 euro and 700 euro worth of Cannabis was seized over the weekend.

A man (50s) was arrested and detained by Tipperary Town Drugs Unit and Divisional Criminal Taskforce..

The man was charged with Possession of Drugs for Sale or Supply.

He appeared in Thurles yesterday (7th June) and was released on bail, pending analysis, to appeared in court again on a future date.