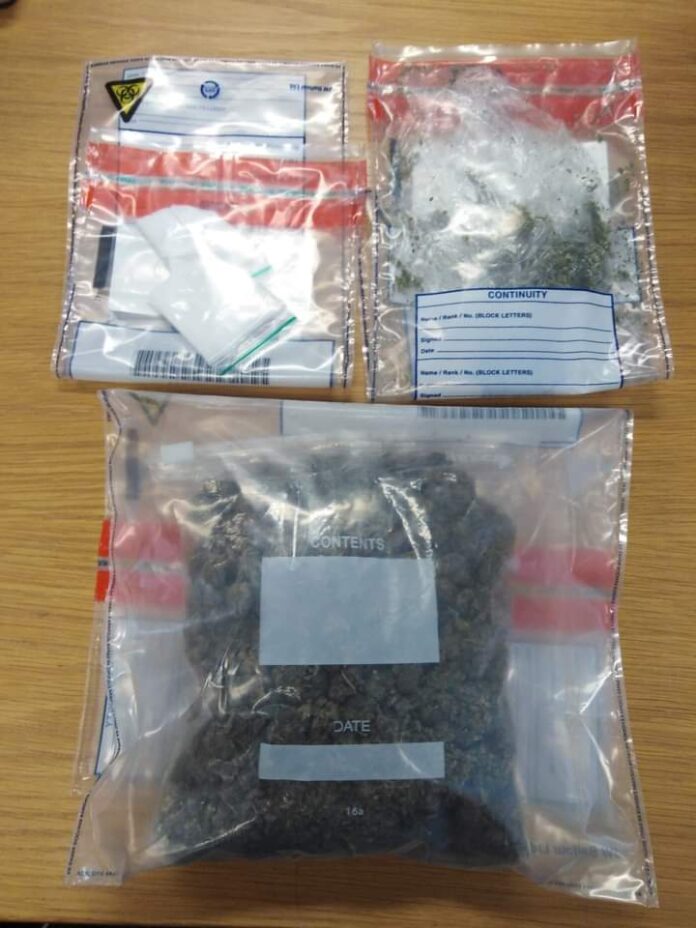 Clonmel District Drugs Unit assisted by the Regional Dog Unit, Henry Street,  carried out a number of searches in  the Clonmel and Mullinahone areas this week.

The searches were conducted as part of Operation Tara, which is aimed at disrupting the sale of illegal drugs.

During the course of a search in the Mullinahone area, Cocaine and Cannabis with an estimated street value of €4000 (pending analysis) were seized.

A number of searches were carried out in the Heywood Road area of Clonmel.

Heroin and Crack Cocaine with an estimated street value of €2800 were seized along with other paraphernalia associated with drug supply.

A male in his early 20’s was arrested and detained at Clonmel before being released pending submission of a file to the Office of the DPP.

Garda say other searches were also carried out in the Clonmel District resulting in the seizure of a small quantity of Cannabis.