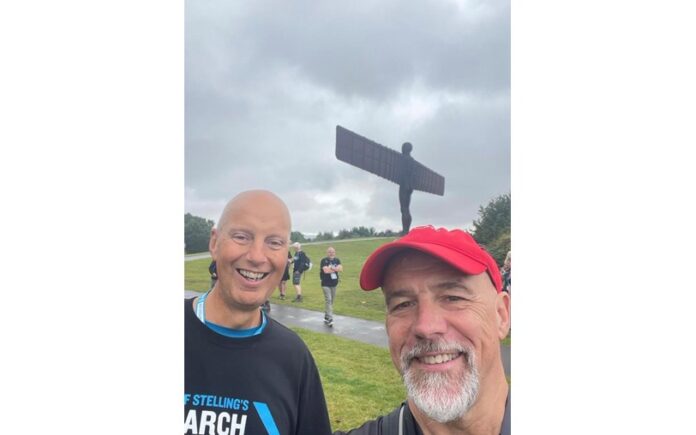 Two men walking from London to raise awareness for prostate cancer are due to arrive in Tipperary Town this afternoon (13th March).

The men, Kevin Webber and John Crehan are expected at the Circle of Friends Cancer support centre shortly after 3pm.

Kevin Webber was diagnosed with terminal prostate cancer seven years ago at the age of 49, and was told he had two years to live.

After several events all over the world to help raise awareness and funds for prostate cancer he met John Crehan, whose family are from Co Galway.

The pair decided that they would walk to Tipperary in a joint effort to raise awareness.

The pair met with Dublin’s Lord Mayor Alison Gilliland at the Mansion House earlier this week as the commenced the Trip to Tipp.

The pair have been travelling since April 19th and are said to have taken some vitamin G during a rest day in Dublin.

The walk is designed to raise awareness about the signs and symptoms of prostate cancer and to encourage all to visit the doctor if they notice some changes in their bodies or urinary habits.

Prostate cancer is the most common male cancer in Ireland. 3,869 men are diagnosed here each year.

Many men with early prostate cancer have no symptoms at all.

Men  over the age of 45 are encouraged to talk to their  doctor about PSA blood test  which can indicate the presence of the disease.