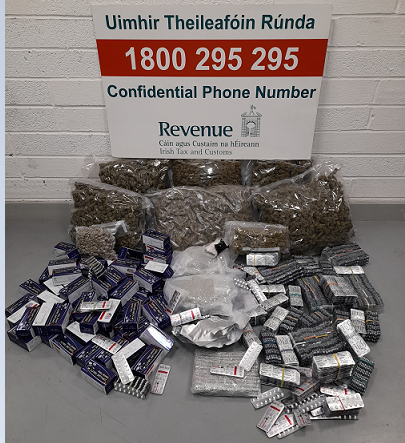 Revenue officers have intercepted parcels of drugs with an estimated value of €297,000.

The illegal drugs were discovered with the assistance of drug detector dogs and were concealed in 40 different parcels labelled as items such as ‘Easter toys’, ‘make-up’, ‘healthcare products’, ‘antique glassware’, ‘documents’, ‘gifts’, ‘sports equipment’, ‘dog accessories’ and ‘clothes’.

The parcels originated in the United States, Spain, France, Canada, India, Hungary, the Netherlands, and the United Kingdom and were destined for various addresses across the country.  Revenue says their investigations are ongoing.