In a new report, the College of Psychiatrists of Ireland has warned that cannabis represents the “gravest threat to the mental health of young people in Ireland today”.

Hospital admissions of young people with a cannabis-related diagnosis have quadrupled over a 12-year period.The body is warning one in three young people become addicted if they use it weekly, or more often. The College of Psychiatrists of Ireland said higher-potency cannabis and a “widespread conception” among the public that it is generally harmless has had “devastating effects”. The report found 45,000 15-34 year olds in Ireland now meet the criteria for cannabis dependence. The report called on Government to conduct an urgent review of cannabis use and its harm, warning that psychiatric services could be “overrun” due to a surge in young people needing treatment linked to use of the drug. According to the college, there were 877 admissions in 2019 to medical hospitals in Ireland with a cannabis-related diagnosis. This is four times higher than the figure for 2005.

Psychiatrists of Ireland president Dr William Flannery said cannabis use was increasing but “there is still a general feeling among the public that the drug is mostly harmless”. This conception needs to be challenged at every turn because psychiatric services are under huge pressure due to this problem.” 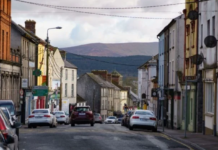