The South Eastern Mountain Rescue Association has provided an update on the recovery of the body of Gillian Ryan from the Comeragh Mountains.

Gillian Ryan, from Horse & Jockey, Co. Tipperary went missing on Sunday last, after having failed to return home, or make contact with loved ones, hours after she was due to return from a mountain run in the Comneragh Mountains in Co. Waterford. After an extensive search involving the Gardaí, SEMRA, the Coast Guard, civil defense and other organisations, Ms. Ryan’s body was discovered at approx. 6.30 pm on Monday evening

In a press release from SEMRA circulated today, the mountain rescue association said that “a team member remained during the night to preserve the scene”. SEMRA explained that Rescue 117 was unable to assist in the body’s recovery from the mountain on Tuesday, due to low cloud cover. The conditions on site were described as “challenging”, but the body was recovered on a stretcher at the bottom of a gully. At 6.30 pm yesterday, weather conditions has improved sufficiently for Rescue 117 to airlift the body from the site.

SEMRA went on to say that they are very grateful for the enormous efforts of all organisations and individuals involved in the search and recovery of Ms. Ryan, whose death is believed to have been caused due to a fall, and is considered a tragic accident.

Ms. Ryan was a well-known hill-runner and athlete in Tipperary, and the locality is deeply saddened at the death of such a vibrant and kind mother, friend and valued member the community. 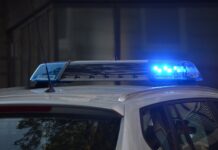 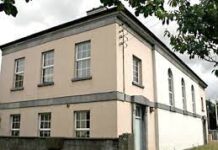