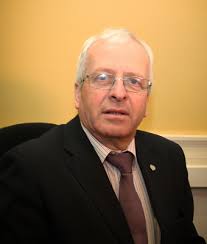 The Leader of the Rural Independent Group, Deputy Mattie McGrath, has rounded angrily on the government, for the catastrophic failure to provide adequate cancer services across the public health system. Speaking yesterday Deputy Mc Grath stated: “The government’s Covid strategy, which involves canceled and suspended treatments for non-Covid healthcare, is resulting in severe delays to life-saving cancer treatments across the country.”… “Proactive cancer screenings have fallen off a cliff, meaning people who normally would have been diagnosed, go undiagnosed.”

15 percent drop in cancer patients in our public hospitals

Deputy McGrath said “New data now reveals a 15 percent drop in cancer patients in our public hospitals, while breast cancer surgeries are down 38 percent and colorectal cancer surgery down 26 percent. Meanwhile, waiting lists for daycare and in-patient care have increased by a staggering 31.7 percent.”

Mr. McGrath was also critical of revelations that health Minister Stephen Donnelly was concerned about his social media profile during such a crisis. “We are calling on the government to get real and stop playing with people’s lives. People need access to life-saving screenings and treatments,” concluded Deputy McGrath.

82% Of Women Considered Leaving Work Due To Menopausal Symptoms

21st October 2021
We cookies to deliver, maintain and improve services. We also have partners that measure how services are used. You can review and decide how we process your information and confirm your choicesAcceptRejectPrivacy policy