Gleeson P.J., Station Road, Dundrum, Co. Tipperary. Arriving at the Church of the Assumption, Knockavilla, on Tuesday morning for Requiem Mass at 11.30am followed by burial in Ballintemple Cemetery.

Sutton Michael, 17 Willowmere Drive, Thurles/Montore, Dunkerrin. Private Funeral Mass will take place in the Cathedral of the Assumption, Thurles on Wednesday morning at 11am followed by burial in St. Patrick’s Cemetery 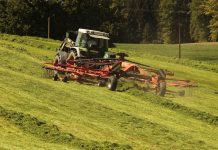