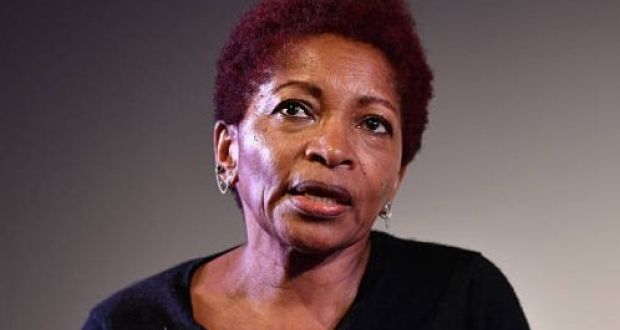 In conjunction with the 2020 Cashel Arts Festival, Tipp Mid-West Radio will provide a live broadcast of this year’s Bolton Lecture, provided this year by the highly-esteemed British-American playwright, novelist & broadcaster, Bonnie Greer.

Greer was born in Chicago, Illinois, and began studying play-writing at the Negro Ensemble Company in New York in 1980, where she won her first play-writing award in the same year from the Phoenix Theatre. Green has also worked with the New York Shakespeare Festival, and studied at the Actors Studio Playwriting Unit, under Elia Kazan, Joseph Mankiewicz & Arther Penn, no less. She brought a play to the Edinburgh Festival in 1986, and made the move to Britain shortly after. Having set-up her home in London, Greer worked with a number of prestigious theatre groups. She co-won the Verity Bargate Award for her play about Ireland, “In The Country Of The Young”, and has had many plays produced on BBC Radio.

Her podcast, “In Search Of Black History” is available on Audible, and Greer is developing a project at the British Museum where she was once Deputy Chair of the Board of Trustees. She is Vice President of the Shaw Society and the Chancellor of Kingston University, London. Greer was appointed Officer of the Order of the British Empire (OBE) in the 2010 Birthday Honours for services to the Arts. She received her honour from Prince Charles.

The 4th Annual Bolton Lecture will be broadcast live on Tipp Mid-West Radio on Saturday, 19th September at 7 p.m. You can tune in on 104.8 & 106.7 fm, on our website, or on your preferred radio app.

There will be a Q&A Section Live with Ms. Greer after the lecture until 8 p.m.

If you would like to submit a question, please email: reception@tippmidwestradio.com before this weekend.