O’Neill Charlie, Woodview, Cahir, Tipperary and formerly of Chancery House, Dublin. Funeral contege will leave his sister Lily’s home at Barnora, Cahir on Wednesday at 1.30pm travelling by Woodview to the Island Crematorium, Ringaskiddy for a Farewell Service

Devitt John (Jackie), Shanballa, Cashel, Co. Tipperary. Family only Funeral Mass will take place on Wednesday in St. John the Baptist Church, Cashel at 12 noon followed by burial in the adjoining Cemetery. Funeral Mass can be viewed on www.churchcamlive.ie with full link available at www.rip.ie. The Board of Management, Manager, Staff and all at Tipperary Mid-West Radio would like to extend our deepest sympathies to our colleague and friend, Ann Devitt and her family on the death of her husband Jackie

Harte Eileen (nee O’Sullivan), Glenwood, Newport, Co. Tipperary and formerly of Ballingaddy, Kilmallock. Arrival at the Church of the most Holy Redeemer, Newport on Wednesday for 11.30am Requiem Mass with burial after in Rockvale Cemetery, Newport

Davis Denis, Highfield Grove and formerly Griffith Avenue, Clonmel, Co. Tipperary. Funeral Mass will be held in Ss. Peter & Paul’s Church on Wednesday at 11.30am with burial after in St. Patricks Cemetery

Hanafin Margaret (nee Ryan Agent), Sue Ryder Homes, Holycross, Thurles, Tipperary and formerly Rossa Street, Thurles and Crosshue, Blackwater, Co. Wexford. Reposing in Hugh Ryan’s Funeral Home, Slievenamon Road, Thurles on Tuesday from 5.30 to 7.30pm. Arriving at the Cathedral of the Assumption, Thurles on Wednesday for Requiem Mass at 11.00am with burial after in Holycross Abbey Cemetery. The mass can be viewed at thurlesparish.ie

May they rest in Peace 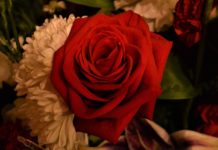