The March4Tipp group has taken issue with a reference to an inner relief road for Tipperary town in a document submitted to local members of the Oireachtas by Tipperary County Council.

The purpose of the document was to advise the Tipperary TDs and Senators of the economic and social issues that the council was pursuing for the county.

Among a list of priorities, an inner relief road for Tipperary town was mentioned in that submission.

One of the group’s founders, Padraig Culbert questioned this on Tipp Mid West on Tuesday.

He maintained that a local opinion poll of 1,200 people found that public opinion favours the option of ring road, while he also claimed that he was given an assurance by a council official that the inner relief road plan was ‘off the table’.

A previous plan for an inner relief road in the town failed a number of years ago.

He further questioned the reference to an inner relief road given that the local chamber as well as the Jobs4Tipp group had sought the support of the general election candidates for the ring road option earlier this year.

The March4Tipp group has now asked Tipperary County Council to be clear about its intentions in this regard.

Responding to Mr Culbert’s concerns, Cllr Michael Fitzgerald refuted the suggestion that the local authority was dismissing the ring road option in favour of an inner relief road, suggesting that maybe both options should have been included in the document in question.

He said that the council was taking nothing off the table when it comes to relieving the traffic congestion in Tipperary town, adding that ultimately, a by-pass is the preferred option, and the conditions of Transport Infrastructure Ireland to allow this to happen must be borne in mind. 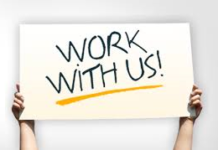