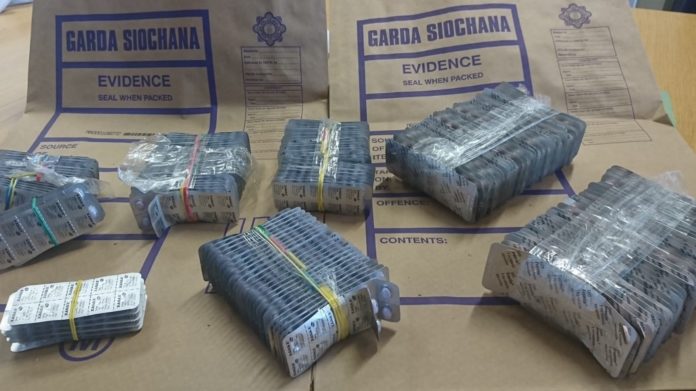 A man has been arrested after gardaí in Clonmel seized a quantity of suspected controlled drugs and a sum of money during a search operation this morning.

Just after 9 am, gardaí from the Clonmel District, assisted by the Regional Dog Unit and the Armed Support Unit, carried out searches at a number of properties in Clonmel as part of an ongoing investigation.

During the course of the searches, a Garda dog discovered suspected controlled drugs with an estimated value of €8,000. The drugs will now be sent for analysis.

€1,160 in cash, as well as some documentation, were also seized.

A man in his 40s was arrested at the scene and is currently being detained under Section 2 of the Criminal Justice (Drug Trafficking) Act, at Clonmel Garda Station.

82% Of Women Considered Leaving Work Due To Menopausal Symptoms