Multiple award-winner Emly, increased its mark total from 334 to 341, securing a Category B Gold Medal, while Cahir’s mark went from 321 to 326. The town was also awarded a Category D Bronze Medal worth €400. 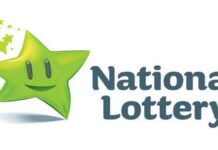 Obituaries 7th August 2020
We use cookies to personalise content, to provide social media features and to analyse our traffic. We also share information about your use of our site with our social media, advertising and analytics partners who may combine it with other information that you’ve provided to them or that they’ve collected from your use of their services.AcceptRejectRead more
You can revoke your cookie consent any time using the Revoke button.Revoke